Was Jay Cutler Off???

Was Jay off from last year or was Phil just that much better than last year? You decide...

Last year vs. this year: 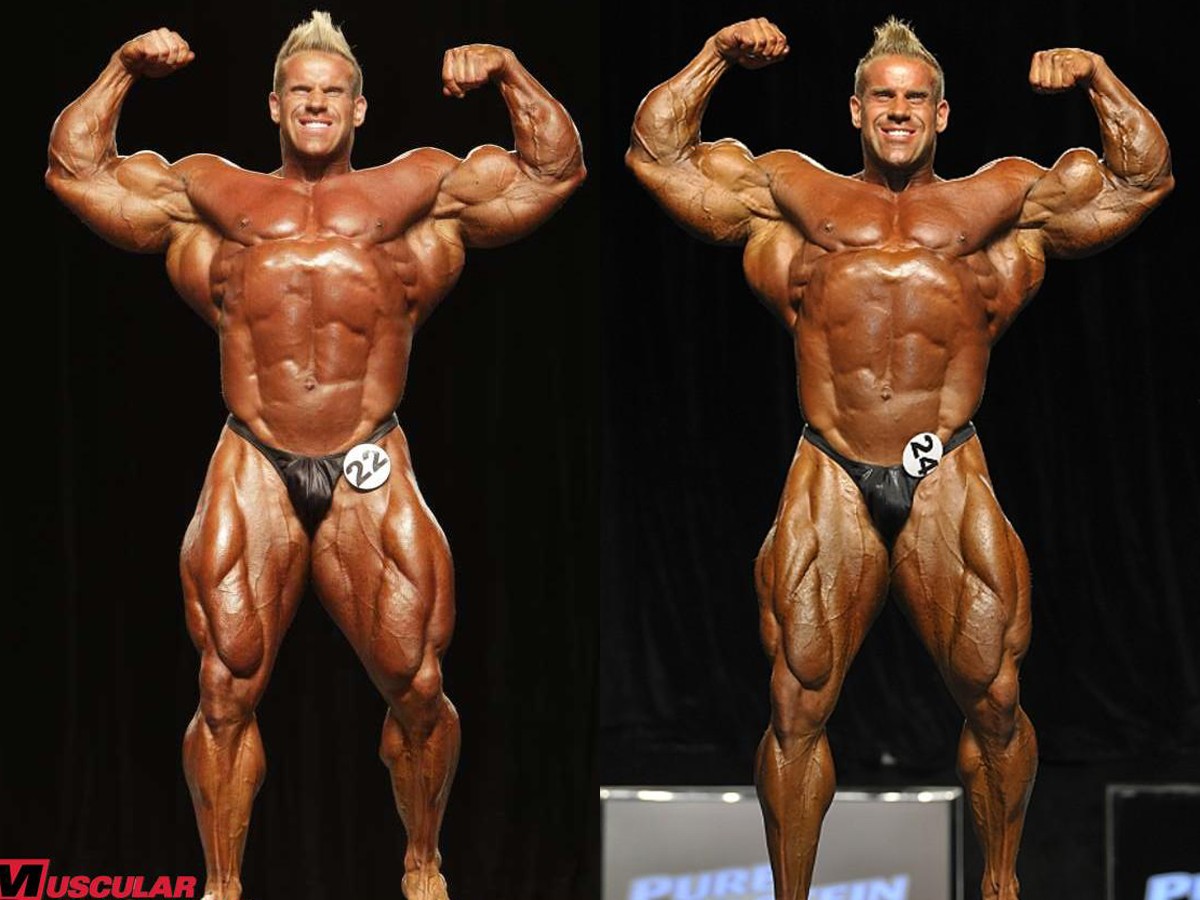 WOW, i actually think he looks alot better this year. Phil was spot on though. you got some side by sides of Phil and kai from last year?
A

Have to agree now I see the comparison. Much harder. Tan is way better too.

looks better this year for sure but still I believe he peaked to early looking at his pics 3 days out. Thats the package he should have brought

He looks better this year. PLus Jay "tore" his bicep.

Phil has more depth to his physique. 3 dimensional as everyone says.

yeah, the left bicep "tear". Look how the "tear" really upped his left peak... if you're gonna do that stuff, you roll the dice. He rolled the dice and got a bicep "tear" infection.

tommyguns2 said:
yeah, the left bicep "tear". Look how the "tear" really upped his left peak... if you're gonna do that stuff, you roll the dice. He rolled the dice and got a bicep "tear" infection.
Click to expand...

I don't think Jay was off, his bicep was bruised badly but functional according to the videos I seen him talking about it. I believe he made improvements from last year. Jay and Phil have completely two different physiques. Jay carries alot of muscle and a big body, whereas Phil has nice round muscle bellies and 3D look. I believe it could of went either way depending on which physique is more appealing to you. He and Phil are getting ready for the show in INDIA, according to Hany. Maybe he was using the bicep tear as a smoke screen to hide "Yes Folks, I really got brusing through site injection"......Lets see how it looks in India

You simply cannot award the Sandow to someone who clearly has substantial bruising from synthol site injections. The sport is already on the fringe. Having said that, I really like Jay, he seems like a total class act. Everyone says that he's well spoken, makes himself available to fans, etc. He did a good job as an ambassador for the sport over the last few years. Heath also appears to be a good spokesperson.

Like him or hate him, he was a graceful champion and kept the sport alive as MMA has taken over. Go to any State show and u will see a big decline in the numbers of participants compared to many years ago. He had a good run as champion and has nothing to be ashamed of. He has nothing to prove, he already has been to the top. If my memory serves me right Jay has either been 1st or 2nd in the Olympia, very few can make that statement.

Which Jay looks best? (Yes this is a trick question.) I don't get it. Why synthol the bigger side? Doesn't make any sense. I don't buy it.
Who is viewing this thread?