Too bad Eddie Hall got hurt, have to wait a little longer for this one. Who's transformation is more impressive from Strong Man to I guess boxer, Thor or Eddie? 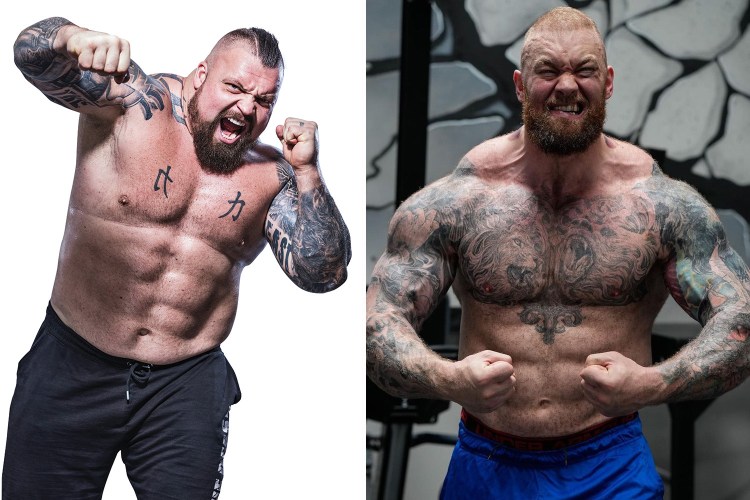 He’s fighting one of the greatest arm wrestlers of all time instead, Devon Larratt. Devon is 6’5”-6’6” and 230-250 right now, but he’s a former Canadian special forces combat soldier and he’s not taking this lightly. He got short notice about a month ago but immediately started a camp at TriStar (where George St Pierre made his home) and is tough as nails.

And they’ve arm wrestled before, Thor and Devon, so Thor wants some revenge.
S

Boxing is not a strength sport. It's a high skill finesse sport where quickness and intuition dwarf how strong or tough you are. I've got nothing but respect for both of these guys, but my guess is that watching them box in the ring will be a total yawner.

I’ll go on record saying that abs aren’t really built, they’re just shown. If you’re any type of athlete at all, or do any type of physical labor at all, or get any type of any fucking exercise at all, you will have abs at 7% body fat. How they look will be largely genetic and the rest finishing movements and practice flexing them certain ways.
I

I'm out of the loop on this one. Are they fighting each other?

Cliff notes (on a 6 post thread):
Thor was supposed to fight Eddie.
Eddie got hurt.
Devon Larratt has replaced Eddie.