MR. BMJ said:
Over the last 2 weeks, I know 3 people who have died from Covid, and all 3 had received the vaccine. At least 1 of them was an avid mask wearer.

The other 2 were in their earlyn 40's, one male and one female. I knew both personally, though it had been awhile since i talked to both.

All 3 were denied monoclonal therapy until they were on the vent, and i'm not sure if they even gave it at that point either. Are they purposely trying to kill these people to buff up their stats? None were given therapies such as HCQ or Ivermectin to my knowledge.

It's all a bunch of bullshit. People need to speak up more on demanding these treatments once symptoms occur. In the case of HCQ and Ivermectin, with such low side effects, there is no reason to not use them once testing positive.
Click to expand...

I was reading about an elderly lady they did that to. The family pleaded with them to use the ivermectin and they refused. They even held her there when she requested her to leave.

They are killing people.

Here's another one for you fellas.

They patented a drug at the beginning of the pandemic called remdesivir, it's made by GEORGE SORROS it has been PATENTED OUT OF CHINA.

I just wanted to make sure everyone heard that

This is what they were/are giving at hospitals. The truth came out about it so they said not to use it but many places still do.

This drug does absolutely nothing but harm patients. It's $3000 for the treatment compared to $0.02 for a 6mg ivermectin from the WHO.

If you don't know who Sorros is, he is the globalist billionaire jewish nazi (yes not a typo) that collected his peoples valuables just before they were gassed and burnt. Sorros also funds antifa, blm, the DA's that don't press charges and the many radical dems. He is also banned from several countries for destroying them like he's doing here.

Yes, that means sorros made a KILLING (no pun) off this experimental treatment that the clintons and bill gates have a stake in as well.

This link will give you all the info and track everything.

FOLLOW THE MONEY AND YOU WILL FIND COMMUNISTS, GLOBALISTS, AND NAZIS - Time to Free America

I searched "remdesivir killing people" and this page came up-

They are not reporting adverse vaccine effects.

The pfizer vaccine is now safe for 5 year olds

They aren't even reporting all the adverse effects. Let's not forget-

MORE KIDS DIE FROM THE FLU.

Unfortunately there are going to be a lot less people in the world in 5 years time. And it won’t be from the virus. My father who just lost his battle to cancer in July got the shot right before he went on vacation back in May. While he was away he had the worst pain he said he ever felt in his life all over his body, obviously he had cancer so I wouldn’t say it was ALL from the vaccine. But I will say this shit, very shortly after he got the bullshit he went down hill way faster then any of the doctors said he would and they couldn’t understand why. We didn’t do an autopsy and even if we did I don’t trust these cunts any longer. But I know in my heart that bullshit some people are swearing on is what made him go as quick as he did.

Your not allowed to question anything. Why isn’t that enough evidence for some people is beyond me. 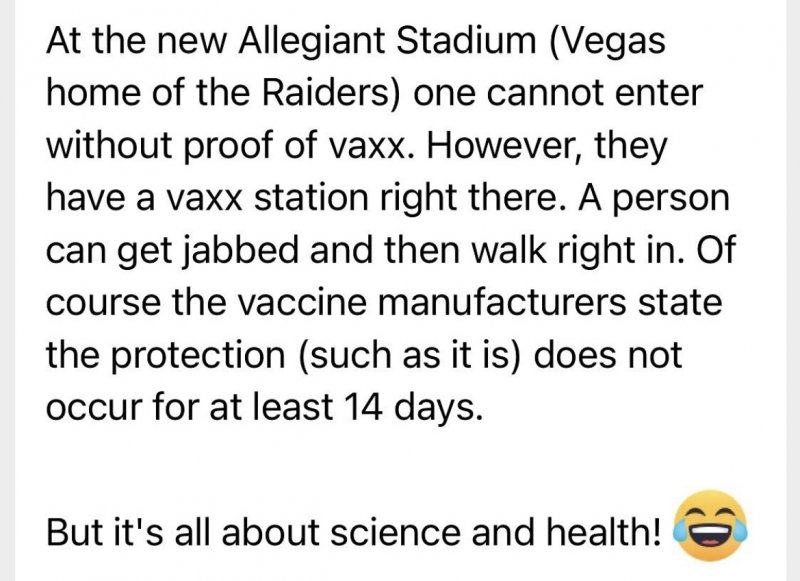 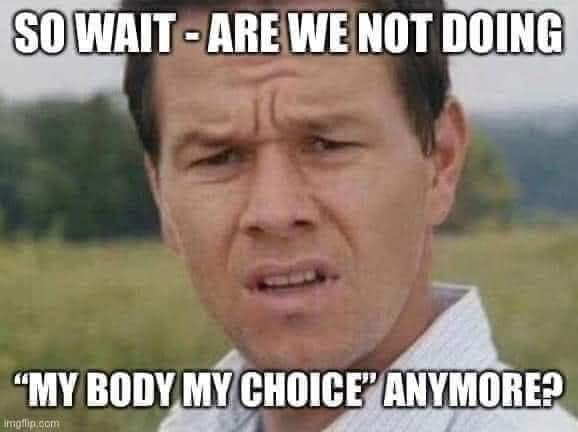 that’s only for a boy that wants to become a girl or vice versa. Democrats don’t want to rock that boat so it’s ok.

Wallyd said:
that’s only for a boy that wants to become a girl or vice versa. Democrats don’t want to rock that boat so it’s ok.
Click to expand...

Or if you want an abortion, but not if you don't want to be vaccinated

It's no longer my choice when it doesn't fit their narrative.

HDH said:
Or if you want an abortion, but not if you don't want to be vaccinated

It's no longer my choice when it doesn't fit their narrative.
Click to expand...

Here are some interesting flu numbers from the cdc-

Ya, we're only about 30 or 40 million short this flu season.


It's all good though, below is why they say we were about 35 million cases short. Of course it's not because the PCR tests can't tell the difference cycled at 40.

Wow, masks and lockdowns stopped the flu. The funny part is they say they're expecting a rough flu season this go around. Funny that the restrictions will be the same this year as last year. Seems there would be no flu again
2

This is one crazy Thread. Scary. Sorry, but dayum.
Who is viewing this thread?