For a teenager this world is an all-different dimension. For him/her there is no space for responsibilities and discipline (in most cases!) which is quite acceptable as well. The growth years during teenage are very important as major physical and mental development takes place around this time. Keeping oneself healthy during these growth years is inevitably important for psychological as well as physical development in the future years.

Fitness habits developed during teenage years last for life so you better get started with the best habits. Medical studies recommend that it is necessary for teenagers to involve themselves into physical activities for at least half an hour a day. Unfortunately with advent of internet and smart gadgets teenagers are skipping this requirement easily. For those of you who are interested in knowing the benefits of involving in physical activities here we have shared the details.

We all know fitness and workout regimes help in making us physically strong. According to the U.S. Centers for Disease Control and Prevention, teenagers should have physical fitness as one of the key component in their goals’ list.

There are numerous benefits of being physically fit for teenagers especially. Exercising helps in:

Therefore if your kid is losing on any of these physical fitness goals it’s high time that you discuss with them about their health and fitness. 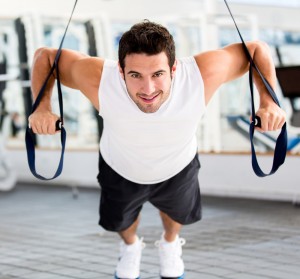 In a 2009 issue of the “Proceedings of the National Academy of Sciences” it was reported that a European study has found that there is a direct relation between physical fitness and IQ in teenagers. According to the study it was found that among 1.2 million young men who were studied in a period between 1950 and 1976 it was found that physically fit men at the age of 18 were linked to hiving higher than average education and professional achievements along with higher IQ.

We all have passed through that teenage phase when body image becomes highly important for us. A healthy and physically fit body image results into higher self esteem in teenagers. It is very important to create a positive body image in minds of teenagers which affects all aspects of their life. According to livestrong.com- In a study published in the April 1997 issue of “Perceptual and Motor Skills,” several college-aged women participated in a six-week fitness-and-wellness program, with the goal of measuring changes in body image during that time. The study concluded that participation in this fitness program provided the young women with “a positive, proactive, empowered attitude toward their own health and well-being.”

Therefore it is necessary that you start inculcating the awareness about importance of physical fitness in your kids, it is necessary for their physical as well as psychological development.