Lasix is not basically a hormone compound but it is a diuretic. The drug belongs to group of saluretics and indeed to be exact, Lasix is a loop diuretic. Its overall effect includes increased sodium, water, potassium and chloride excretion. A number of bodybuilders use this shortly before their competitions to excrete the extra subcutaneous water so that they can appear defined, ripped and strong to the bone. 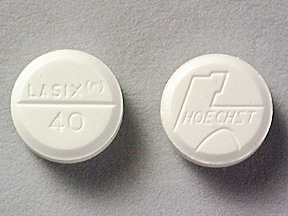 The effect of these tablets start within 1 hour and continues for about 3 to 4 hours. As per the amount of water available in athlete’s body, using Lasix also helps in more frequency of going to the restroom. This can further lead to significant weight loss and that too within a short span of time. For this very reason, many athletes use Lasix for losing weight and to even compete in lower weight class.

How much and how to take the compound

It can be said that a few diuretics like Lasix perform the job of removing even the last bit of water and it does the job in a potent way. The duration of intake, intervals of intake and amount of dosage generally depend on diuretic effect or the body of the user. The bodybuilders take it half or 40 mg tablet to see the results. Some of them repeat the process twice in a gap of a few hours as well. You need to know that Lasix is indeed the strongest diuretic available and is even the most dangerous compound available in bodybuilder’s field of medicines. The side effects of Lasix can involve dizziness, muscle cramps, circulatory collapse or disturbance, dehydration, fainting, diarrhoea and vomiting.

How bodybuilders use Lasix

As for the competitive bodybuilders, it is in fact simple- it is not sufficient to be lean, they must even be hard and dry so that they can perform the best in any bodybuilding competition. You may have also heard about ‘think skin’ when it comes to bodybuilding and this has a lot to do with leanness but amount of water that carries plays an important role as well.

In final days of the competition, the bodybuilder will start manipulating the diet so as to finally manipulate the amount of water. Diuretics like Lasix often play a vital role as they push the fluids and water out of the body and provide harder look that the bodybuilders generally desire for.

So, with careful administration and right dosage, bodybuilders can get benefitted by Lasix to some extent. But at the same time you need to remember that it is the strongest and most dangerous compound.