That’s sad, but This is also nothing new in the news for that city.

And according to USA Today there have been 39 covid deaths so far in Chicago, so angry blacks are more dangerous then Covid is what I,m seeing

This is so disappointing. CNN reported today that Walt Disney's new film
called "Jet Black," the African-American version of "Snow
White" has been cancelled.

All of the 7 dwarfs: Dealer, Stealer, Mugger, Forger, Drive By, Homeboy, and Shank has refused to have their pictures taken and to sing "Hi Ho, Hi Ho" because they say it offends black prostitutes.

They also say there ain’t no way in hell they’re gonna
sing "It's off to work we go.

They call it ChIraq for a reason... 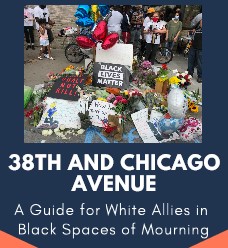 That's the most racist thing I've seen all day.

8 cops were caught lounging in a Democratic Congressman's office, making coffee and snacking on popcorn, while nearby neighborhoods were looted.”

Lizard King said:
As a Republican, I don't want to cut all assistance and let people starve, I have had family in tough times on food stamps or whatever back in the day. I'm not for incentivising anyone to be stay at home reproductive machines that I need to pay for or paying people more to stay at home than it would be worth to get a job. Assistance is one thing but complete support is ridiculous.

Anyway, to the video, at least someone is protecting the neighborhood.
Click to expand...

Nailed it! 100% agree with your statement

DungeonDweller said:
As a conservative I'm not for cutting people off and hoping the disappear, I'm for treating everyone the same regardless of race, sex, birth status, hair color, etc., cutting you loose and letting you find your own way. If people get hungry enough they will earn some food.
Click to expand...

I've actually heard people on assistance say, "Why do I want to go work when I can make money sitting at home getting assistance?" Very sad and pathetic.

hawkeye said:
I've actually heard people on assistance say, "Why do I want to go work when I can make money sitting at home getting assistance?" Very sad and pathetic.
Click to expand...

My wife, who is a nurse, just said the same thing. Got her 1st paycheck back to work and was making close to it on unemployment.

Lizard King said:
My wife, who is a nurse, just said the same thing. Got her 1st paycheck back to work and was making close to it on unemployment.
Click to expand...

ironic that the govt would offer the ppp program designed to incentivize businesses to keep or hire more employees at the same time offering indivivuals a higher amount on their unemployment that incentivizes them to stay home and not work. Thats like taking an upper and downer at the same time...
You must log in or register to reply here.
Share:
Facebook Twitter Reddit Pinterest Tumblr WhatsApp Email Link
Top