Any of you savages going to the show or the expo?

schultz1 said:
Any of you savages going to the show or the expo?
Click to expand...

You're allowed to leave your house?!?!? The sky is falling!

Lizard King said:
You're allowed to leave your house?!?!? The sky is falling!

Oh, Florida, all is okay, lol
Click to expand...

Yup, its wide open down here. Covid be damned.

DeSantaClaus-is. He should run for pres. I'll be watching it from Twitter and IG.

It will be interesting to see how Phil Heath looks... Phil Heath's mid.section still looks non existent. Sad. His side chest is still one of the best. His back poses not as impressive as in the past. I think Curry looks just as good if not better there.

Ramy is in great condition.

Akim looks damn good. Little better conditioning and he can be Olympia champ one day.
Hadi looks good as usual.

I'm impressed with just about everyone's back. Not a weak one in the bunch, even in the third callout group. Where you notice some differences is in the read double bicep shot and from the front. I love Dexter, and all he's brought over the years, but he's not hanging with the big guns any more. But mucho respect that he can even stand on the stage with the rest of them .

I really like Curry, but he shouldn't be able to win with legs that are just average. Ramy looks great, so does Hadi and Bonac. Would like to see Ramy get it, but any of those three are deserving. Heath looks great from the back, and his legs and arms look great. He still can't get that midsection under control. Not being nasty about it, but the other three don't have that problem, so at some point in time you've got to start being picky when deciding who's #1.

One newbie (at least to me) is the Korean guy. He looks really good! Will probably land between #6-10. 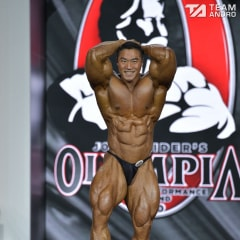 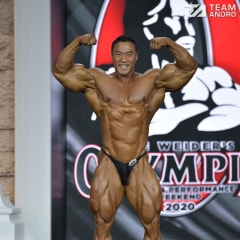 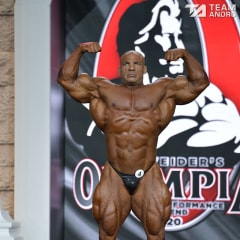 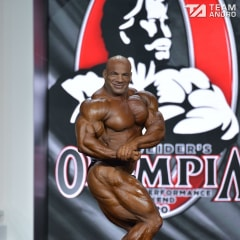