FD's on a plane to Cali

Wonder if he is using all of his frequent flyer miles or just paying first class.....

Thousands Of Penis-Like Sea Worms Wash Up On California Beach

A California beach is arousing attention for attracting thousands of phallic-looking sea worms to its shores.
The fat innkeeper worms, commonly known as “penis fish,” were spotted covering Drakes Beach in Marin County on Dec. 6. after a major storm, according to Bay Nature magazine. 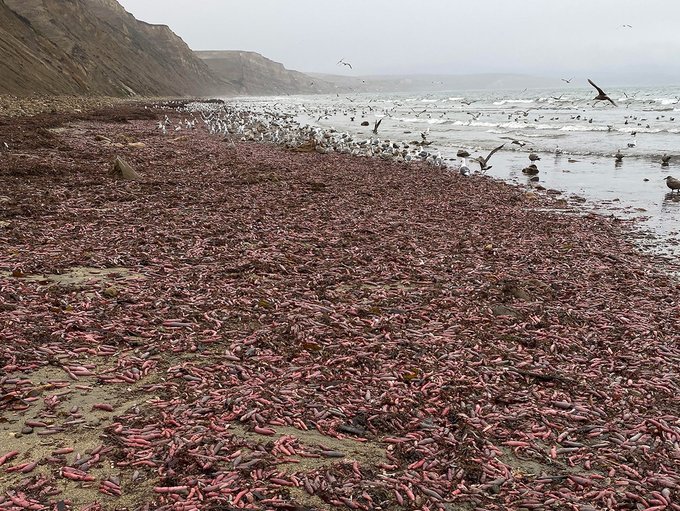 ​
​
The worms survive in the muddy sand of low-zone mudflats by building U-shaped burrows, according to the Monterey Bay Aquarium.
David Ford, who saw the hordes of them during a walk along the beach, admits he’s never seen such a bizarre creature ― and so many, to boot.
“I had no idea what they might be ... it went on for two miles,” Ford told Vice Motherboard. “I walked for another half hour and they were scattered everywhere. There were seagulls lined up the beach the whole way having eaten so much they could barely stand. A quarter of them looked like they were still alive. The rest were dead, they had a dead sea-creature smell.”
So far, the penis fish are going to waste on the beach — certainly a missed opportunity for those fond of the gourmet cuisine.

Thnx for the link LK. I spend too much time online and never came across this, but I guess if you google "penis pics" enough you're bound to find it?

A buffet of dicks

Way too small and wrong color for...

Monterey is a nice area. It's right next door to Carmel, where people like to go on romantic vacations and golf....so looks like the penis worms missed it by a few beaches, lol.

Wonder how many people snagged a few live ones to use at home....

Fish flavored hot dogs and a beach campfire how romantic