I voted for Trump twice I am neither a Trumper or sheep....I will always vote republican unless democrats return to their 1990s format...I would consider voting for an independent if they had a chance...yea Trump is a self serving egotistical asshole....but at least I can write something about him as anything written by me about Clinton Obama or Biden would be too offensive.

Similar to the drug war, c-vid will be another multi-billion dollar industry that is only profitable for the ruling class and their investments, and will be extended just long enough to wring every last dollar out of the hysteria even if no one believes it anymore. 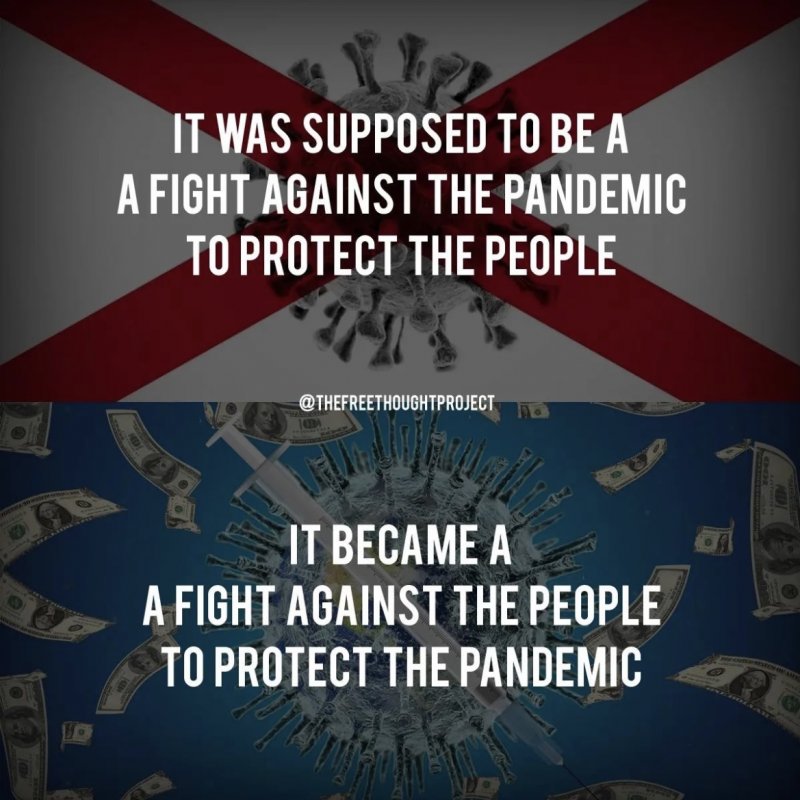 “STUNNER: New Data from Walgreens Reveals Unvaccinated Have the Lowest Positivity Rate for COVID — Triple and Double Vaxxed Groups Have the Worst Rate”

Shit, that sounds scary, since I've been vaxxed. I'm also too dumb to understand exactly what statistics and graphs are trying to tell me. Clicked on the link to thegatewaypundit, and then to the Walgreens link they had in their article.

Those Walgreens statistics seem to echo everything you say ... scary to my vaxxed ass. Only comfort I can salvage from this is that they aren't really analyzing overall numbers. Turns out Walgreens was looking at weekly increases or decreases from one week to the next, in this case the week of 04/30 - 05/06. They didn't describe how other one week periods varied over a longer time as to increasing or decreasing, or mention other things that may have varied, so I'm gonna hope my situation fell in a luckier time period. No mention either of other factors, like tested positive rates overall, vs. just that one week's increase.

Knitpicking maybe, but the other thing that confused me was the chart about "presumed" Omicron. I can't cite scientific stuff like some people can, but I thought science was supposed to know rather than presume. Reminds me of unrelated threads about eGFR, where people concerned about their own low number are reminded that the "e" stands for "estimated," is based on other numbers, and may/may not be indicative of a real concern.

Yes sir, they used the fake PCR test for positives until they could vaccinate enough people. Now they changed the tests, the vaccine makes the positives. It's not the first vaccine they've had do it. They knew what they were doing this time.

There is no way I believe that all but 74 million Americans got the first jab. IMO it's inflated numbers to make others feel like everyone was doing it. Inflated numbers like death counts, actual cases, all the polls that show we supports these fucktards and don't forget biden's inflated votes during the election.

They are losing and they know it. They won't just quit though, it's going to get much worse with their takeovers before anything gets better.

Believe it will get better though.
M

I have to get a PCR test to go back to work. No symptoms 2 negative tests and my company health services said I have to. Just because a few people tested positive on site of 2000.

Massive G said:
I have to get a PCR test to go back to work. No symptoms 2 negative tests and my company health services said I have to. Just because a few people tested positive on site of 2000.
Click to expand...

They aren't even suppose to be using the PCRs anymore. They have the new tests that can tell the difference now.

I see many dem politicians and actors saying they were just tested with the the PCR and tested positive but if it wasn't for the 4 shots....
M

HDH said:
They aren't even suppose to be using the PCRs anymore. They have the new tests that can tell the difference now.

I see many dem politicians and actors saying they were just tested with the the PCR and tested positive but if it wasn't for the 4 shots....
Click to expand...

I have had the original 2-the last one was in June 2021. Never fell for the (profit) "boosters" and I won't get another unless it is mandated again by my employer.

Massive G said:
I have had the original 2-the last one was in June 2021. Never fell for the (profit) "boosters" and I won't get another unless it is mandated again by my employer.
Click to expand...

I feel for you dude.

Seeing what I've seen over these last couple of years I'm not sure that I could. Honestly this shit is turning out so crazy, it's almost impossible to believe what is going on in the world today.

I believe the wavers signed by everyone for the vaccine may not hold up. Yes, people signed then took the vaccine, but under the impression they were safe and effective.

In reality, they wanted to hide all the info for 50 years so we wouldn't see that it's not safe. There are different groups of people that weren't suppose to be taking it, I know breast feeding women were one group. I have to spend some time on it but time is something I'm short on right now. They knew about the myocarditis, actually they knew about everything that's going on now and they are still trying to cover everything up. They have to keep releasing documents since they lost their lawsuit to hide the findings for 50 years.

Most of what I'm saying is linked in this thread. Now we are seeing the proof come out. I'm not sure how the waivers would hold up since the vaccines were misrepresented, to put it mildly. That will depends on who is in charge at the time.

Honestly, I think they needed the 50 years because their plan in 50 years is some real nazi shit. By then we will be indoctrinated to their one world order or we will be a political prisoner for the rest of our lives.

50 years starting from now is 3 generations being indoctrinated from kindergarten. Grandparents, parents and school kids.

There are many that won't have problems from the vaccine, I'm throwing luck at ya, lol
M

My PCR test was negative. Many of us at work were sharing how we have not been feeling well in the months following the shots. We are the older group in 40s and 50s. The younger ones are brainwashed.

If you haven’t gotten the vaccine..DON’T

Anything that is pushed so hard by the TV media, Social media corps, Democracts, Hollyweird and turn coat republicans is NOT for anything good…..EVER.

Do you really think the government, fake news, Bill Gates and creepy Hollyweirdos care at all for the health of the citizens? If you do then it’s time to pull your pea brained head out of your asshole.

I guarantee that a few years down the road we are going to see a massive spike in heat attacks and unexpected deaths (we already are seeing it) due to these “vaccines “.

Have you noticed the unexpected heart attack deaths worldwide of top level athletes? That’s just the beginning. In another 2-3 years those same type of deaths will go exponentially higher.

DON’T TAKE THE VACCINE, it literally could be the death of you.
Who is viewing this thread?