Is hope really such a terrible thing?

We'll know in the upcoming years.

Trump is not a political figure in my eyes. At least not in the same sense as the guys/gals that do it for a living. He is just the only one to do the total opposite of their decades plan. He reversed everything and set them back.

This whole thing could have gone smooth for them without Trump.
R

I don't think Trump is relevant in what's going on now. Oh sure, he allowed it to happen and isn't the genius everyone wanted him to be. In fact, I think he's just another controlled puppet. A puppet that rebelled and was removed. Fauci in 2017 said this was coming on TV. It's all been planned. Let's talk about how people are being blocked on "the right to try" at a bare minimum. How about how the hospitals are the new ovens for the fourth reich?

You will not be allowed any ivermection or any other alternative. You will face our protocol determined by the WHO.
J

TruNews is the world's leading news source that reports, analyzes, and comments on global events and trends with a conservative, orthodox Christian worldview.

Wow listen to this one...

TruNews is the world's leading news source that reports, analyzes, and comments on global events and trends with a conservative, orthodox Christian worldview.

Wow listen to this one...

Sent from my Pixel 3 XL using Tapatalk
Click to expand...

“COVID-19 may be blocked by cannabis compounds, study says” 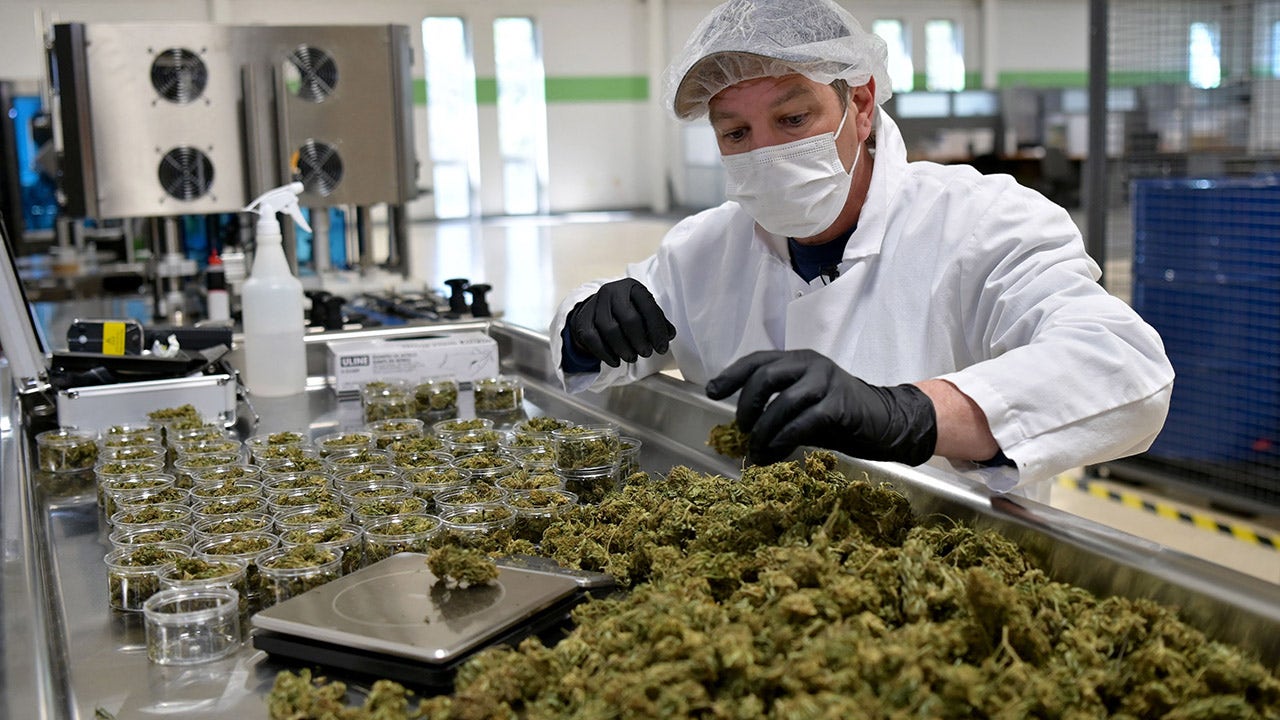 COVID-19 may be blocked by cannabis compounds, study says

Compounds found in hemp may prevent the virus that causes COVID-19 from entering human cells, according to a new study published in the Journal of Natural Products.

COVID-19 may be blocked by cannabis compounds, study says

Compounds found in hemp may prevent the virus that causes COVID-19 from entering human cells, according to a new study published in the Journal of Natural Products.

Interesting article. I pulled up the publication, they used Oregon Hemp extract. I would like to see how effective it is in humans using it while exposed to the virus.

My thought is, if you want the vaccine, I have no judgment. It probably does help lesson side effects of COVID. I am a full 10 days since getting it and am 99% recovered. My concern is that all people would able to have access to drugs that can lesson symptoms and keep people out of the hospital. I have two friends in Ca. that went through it bare ass and they were praying for death. They finally got anti body infusions like day 6 and they are better now. But they suffered, I didn't. I have Ivermectin, HCQ, Doxycycline, and if necessary, dexamethasone. I used all but dexamethasone as my O2 never went lower than 97. The fact that the system wont hand out Ivermectin, HCQ and Doxycycline for free like they will the vax tells you all you need to know, and thats what enrages me. 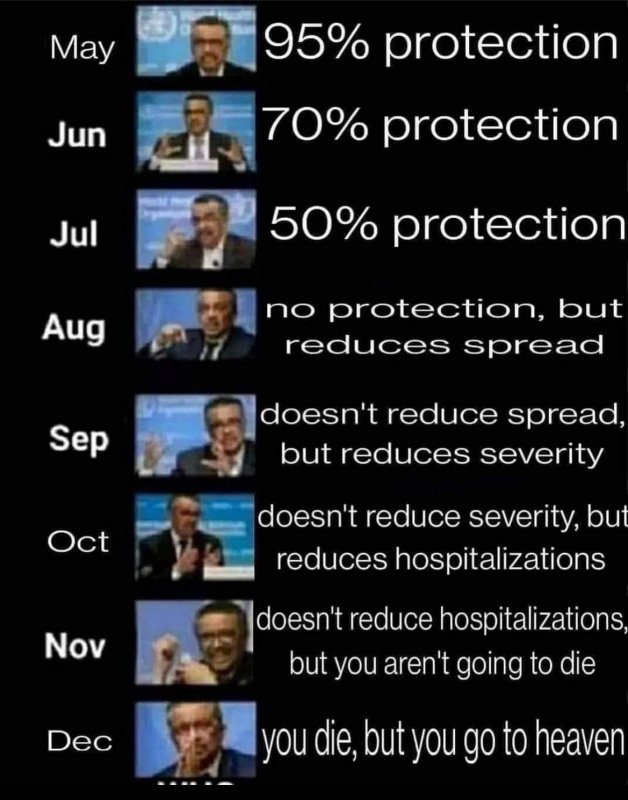 HDH said:
Sorry man but maybe you should know some facts...

Here is a study of 145 of the most vaccinated countries and the impact it has made. Almost 90% of them have shown a large increase in cases, deaths and bad reactions.

There are several articles on this.

Since nothing else has gotten through to you, pretty sure this won't either.

They don't have to die if someone would give them Ivermectin, Hydroxychloroquine or Quercetin.
Click to expand...

before becoming a Nurse, I worked in the Financial Industry. My degrees are in Statistics and Actuarial Science.....then studied nursing.

I mean no disrespect, but dayum those fucking studies. You say know facts....but then show me studies....LOLOLOL

I can make a study show whatever you want. this is what statisticians do. LOLOLOLOL 99 page study of rhetorical BS

ceo said:
Let me see if I understand...

In your organization, if a 25 yr. old male athlete presents at your ER with a broken arm, no previous medical conditions, no other issues like concussion, no other trauma, very healthy, Yada yada..Yada...

Your organization would consider him high risk if he is not vaxxed?

Another scenario, same guy, but no broken arm, instead he dove into a backyard pool and hit his head on the bottom. Possible concussion. He can't move his arms or legs, possible c-spine injury, but...he's not vaxxed...

Does he get to wait behind all the less urgent cases who are vaxxed at your organization?

Pretty sure this isn't what you meant, but just wanted to be clear.

Sent from my SM-G781V using Tapatalk
Click to expand...

Not enough resources my friend. this is the reality. it is called Triage when there are not enough resources. Please do not think he is being punished for not being vaccinated....but facilities need to organize...and prioritize. so I am saying this person may not be given priority over another.

There are not enough resources to deal with the demand.

I am sure someone can find a study to support this....LOLOL
2 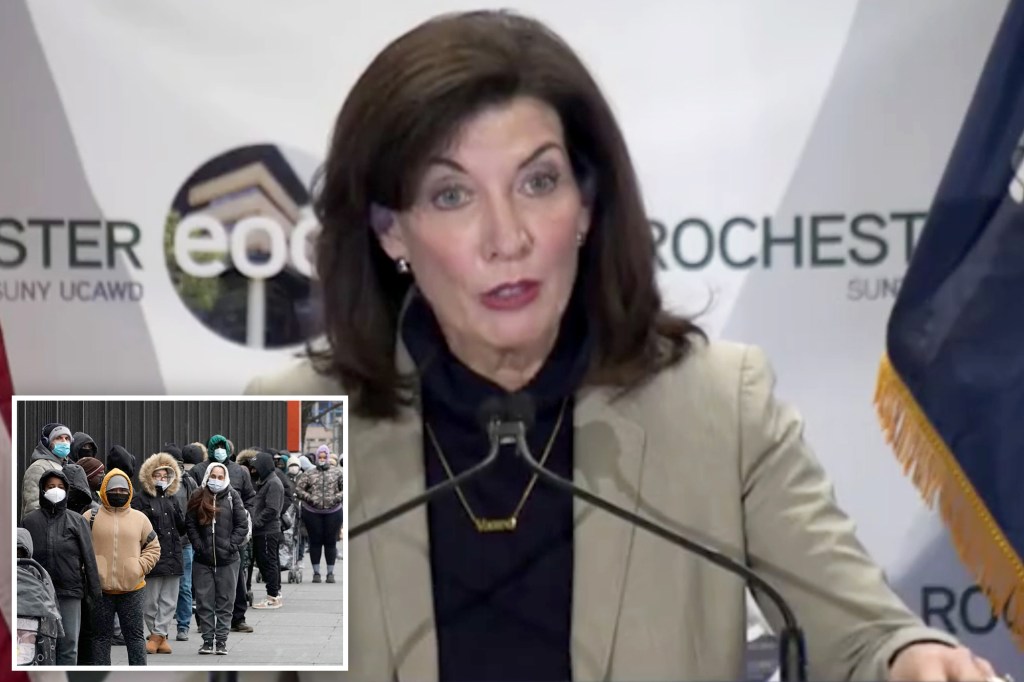 New York state hospitals will have to start reporting the numbers of patients being treated for symptoms of COVID-19 separately from those who test positive after being admitted for other reasons, … 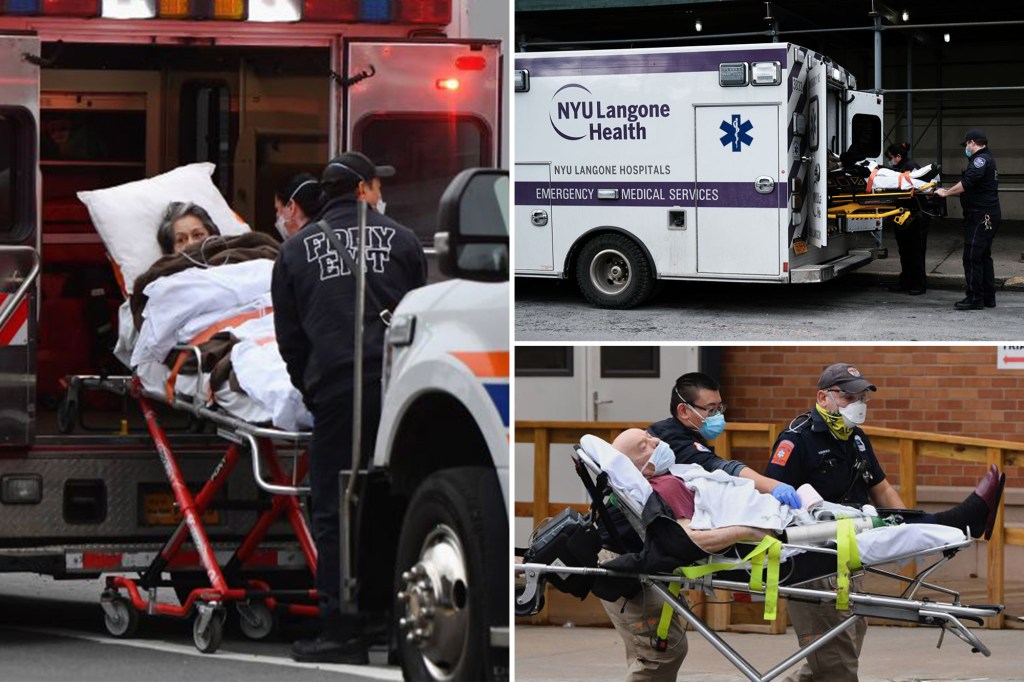 Are you guys over in NY padding the numbers? Your governor was disappointed and noted the figures were 20-50% higher than they should be. At 50%, that's half the people dx with having covid that shouldn't have.

Seems to me, if you guys (not you directly, but care in NY in general) are short staffed, but also falsely diagnosing the covid cases, then you are creating your own problems?

New statistics show that more than 40 percent of the state’s hospitalized coronavirus-infected patients were admitted for “non-COVID reasons” — with the ratio in New York City “about 50-50,” Gov. Kathy Hochul said Friday.

Wednesday’s statewide 42 percent figure was up from 39 percent Tuesday, Hochul said during a news conference in Manhattan.

Hochul noted that there were wide “variations in our different parts of the state” between people “in the hospital for COVID vs. non-COVID reasons.”

“The most number of people admitted for non-COVID reasons as of … a couple days ago are in New York City. It’s about 50-50,” she said.

“And let’s look at upstate, Central New York, places like that, where 79 percent are admitted due to real COVID — that they’re sick enough from COVID that they have to be hospitalized — vs. 21 percent who happen to be there for another reason and test positive.

“So, that’s a very interesting snapshot of what’s going on across the state,” the governor said. “But what a variation we’re seeing.”

Hochul released the numbers after announcing Monday that she was ordering hospitals — which make daily COVID hospitalization reports through the state’s online Health Emergency Response Data System — to start differentiating why their patients with COVID-19 were initially admitted.

“Think of all the other reasons people end up in a hospital,” Hochul said Friday.

“You know, it’s an overdose, it’s a car accident, it’s a heart attack. So, I wanted to drill down into those numbers.”

Hochul didn’t detail the breakdown from Thursday, and those numbers weren’t included in the data released by her office later in the day.

On Thursday, the state Health Department refused to release its calculations on the issue, saying officials needed time to “ensure consistency and data integrity.”

Also during Hochul’s news conference, Dr. Steven Corwin, CEO of the New York-Presbyterian healthcare network, said there were “about 1,200 cases in our hospital system,” of whom “about 50 percent are admitted with COVID and 50 percent admitted for COVID.”

“Fifty percent are unvaccinated or partially vaccinated, and 50 percent have two doses of the vaccine,” but he didn’t specify which among them were admitted for symptoms of COVID-19.

He also said there was “thankfully, very little in the way of children being admitted, which we hope will continue” and said those cases were also divided “50 percent with COVID, 50 percent for COVID.”

Friday’s figures were released amid the continuing surge of the highly contagious Omicron variant, which the US Centers for Disease Control and Prevention last month said had become the country’s dominant strain of the coronavirus.

A study of 915 children and adolescents hospitalized with COVID-19 during July and August — when the deadlier Delta variant became predominant — found that about 78 percent were admitted for acute symptoms of the disease, while about 20 percent had “incidental” infections.

The remaining 2 percent had “multisystem inflammatory syndrome in children” — also known as MIS-C — a severe illness that includes evidence of current or recent coronavirus infection, according to a report posted on the CDC Web site.
Click to expand...

I don't look at numbers my Brother. I am on the floor.

and last thing I would do is listen to a Politician. or else I would be drinking bleach to clean my system.
2

Regurgitating what others want you to think. It can be Statistically proven, Trump is Transgenfer....in 99 pages or less.....lololol.

Look at the text i received this morning. So excuse my languages....but Fck the dayum Studies and Stats im carrying bodies to a freaking refrigerator truck. 15hr shift....no lunch break....couple bites on a sandwich, then back to the floor. Half the time cant make it to the bathroom, and sneak to use rhe patients bathroom.