I personally don't agree with it. You borrowed it, you pay it fkn back. BUT !!!! if they are going to forgive some of the loan, I would rather my taxes pay for some kid's education instead of housing murderers, gang members etc in jail and a failed war on drugs. I would also rather my taxes went to better health care for everyone in our country and pay for better services for Vets who served our country, then paying for wars in the Middle East and all the other bullshit the government robs from the taxpayers. My 02c

This is a terrible policy on so many levels.

Gov't interference in college education is one of the biggest problems in the spiraling costs of education. And it's relatively simple to understand. Presently, the Federal government will guarantee a loan to a 17 year old kid. No questions asked. No question regarding your major, your competence to complete the coursework for the major, etc. Just a blank check to a 17 year old kid, most of them having no clue what they want to do with their lives.

Colleges have a relatively fixed number of freshmen seats nationally. Each of these colleges want to achieve a certain selectivity. That is, if they have 2,000 open seats in their freshman class, they may want at least 5,000 applicants, so that they get the quality they're looking for. If they can increase tuition rates by 12% next year, and still get 5,000 applications for their 2,000 seats, they're crazy not to do so.

By giving these kids what looks like free money to them (i.e., you don't have to start paying back until later. "I'll gladly pay you Tuesday for a hamburger today..."), they go off and apply to colleges, without really asking any financial questions, and the colleges aren't transparent about the percentage of freshman that graduate, what percentage of graduates secure a full-time job within 6 months of graduation, or what the average starting salary is for those who secure a job, listed separately for each of the majors.

So by offering kids all of this money that looks free, there is a flood of applicants applying for a fixed number of seats nationally. What happens when extra dollars are chasing a fixed supply of a good/service? Prices rise. So the government has been the driving force that created the problem, and now they want to "fix" the problem by pushing the costs of those unpaid loans onto the taxpayers. So the colleges won't change their behavior, the government is still writing blank checks to poor creditors, and passing the cost to those not stupid enough to have taken on that debt in the first place, or paid their debt.

So why won't we all be back in this same situation 5 years from now? It's sometimes difficult for me to fathom just how stupid politicians are.

Can I get a refund for my paid off loans? Been paying for my wife's for 15 years now, why don't I get the credit?? Oh yeah. Cause I just have to pay more cause I'm not a lose POS, that's why

I think it's bullshit. Maybe Brandon is unaware but many training programs exist that aren't accredited so they don't qualify for the loans these kids are getting forgiven. It's impossible to benefit from Sleepy Joe's bad decisions if you can't get a loan to pay for them in the first place. It would be one thing if the majority of the country benefited but it's the opposite. The majority is getting fucked by the bad financial decisions of stupid people.

We bail out billionaires banks, corporations and investment firms all the time, what’s wrong with bailing out a working class group for a change?

How about forgiving my home loan?

This is a really bad idea and a really, really bad idea during an inflationary period. What is proposed is additional taxes of $2000 per Federal income tax payer (though most likely they will just "print" the money for this).

And statistically most college loans are held by the rich who went to private colleges (and got basketweaving degrees). The people who went to state colleges and tech schools don't hold nearly as much college debt. So... this is largely a bailout for the rich snobs yet again, though a few middle class millennials will benefit (and be the only ones you hear about).

There is a Constitutional problem with this as well. Congress controls the budget and the President's office doesn't just get a checkbook.

ALL money is debt. Debt = money. That’s the way the US dollar, federal reserve central banking construct is designed. Taxation is a chattel slave system.
The economy is a fictitious, corrupt design. Banks have been bailed out by the billions, tax dollars fund perpetual invasions / wars, transnational corruption….. the degree of mayhem, chaos, destruction and death funded by taxes makes student loan debt “forgiveness” look like a sacred holy blessing by comparison.
The only issue I have with the SLF action is that it doesn’t eliminate 100% of all the BS education racket loan amounts. 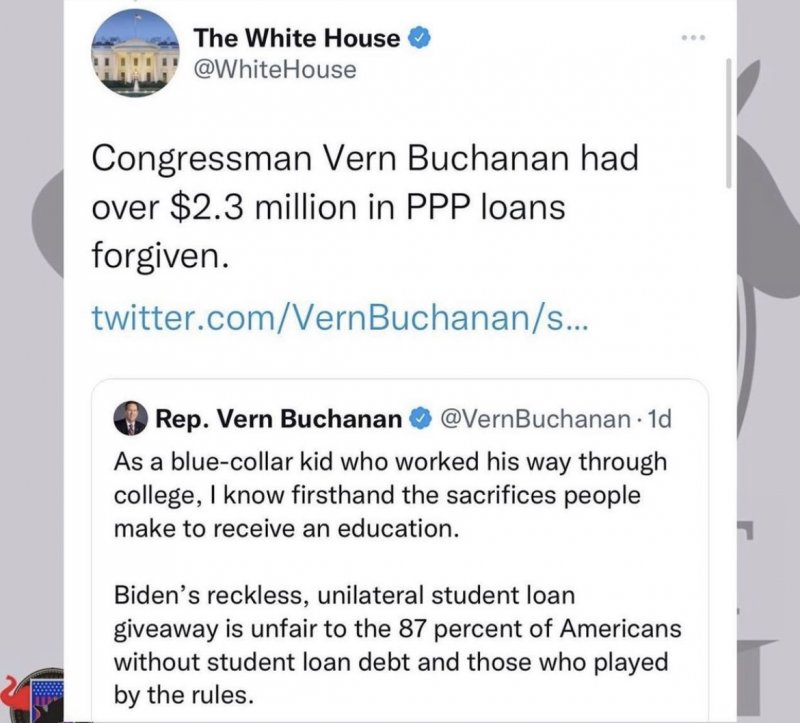 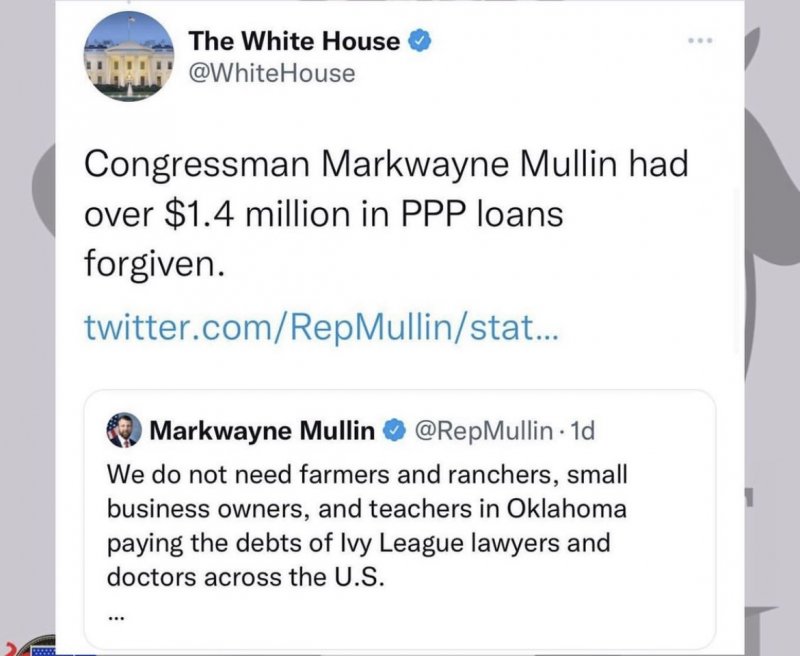 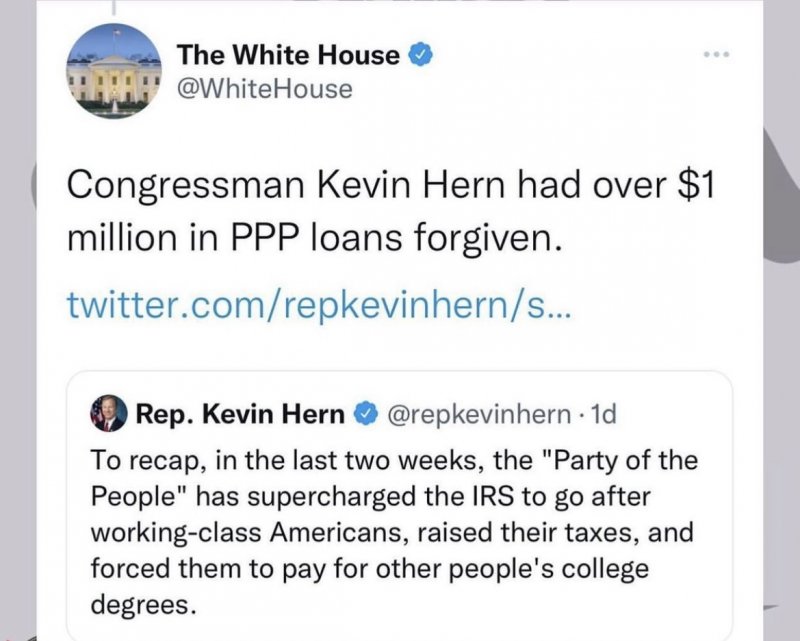 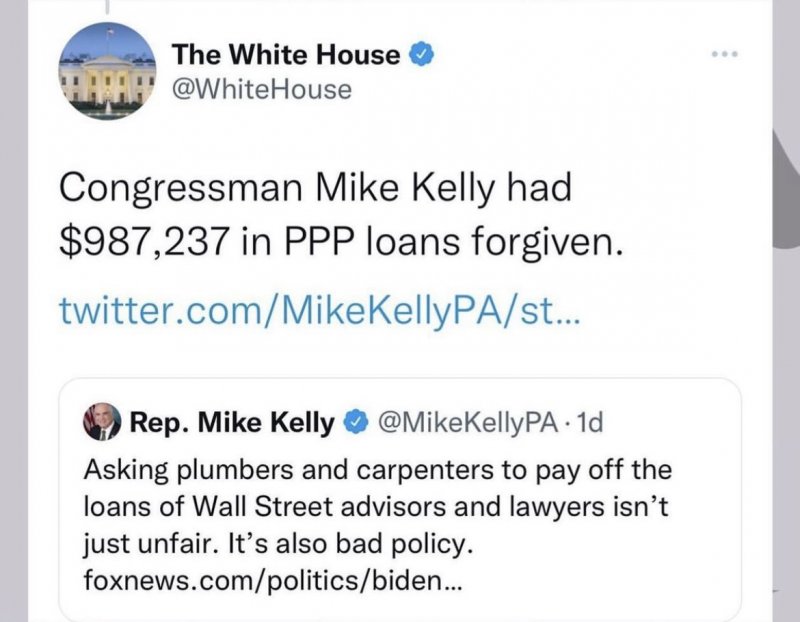 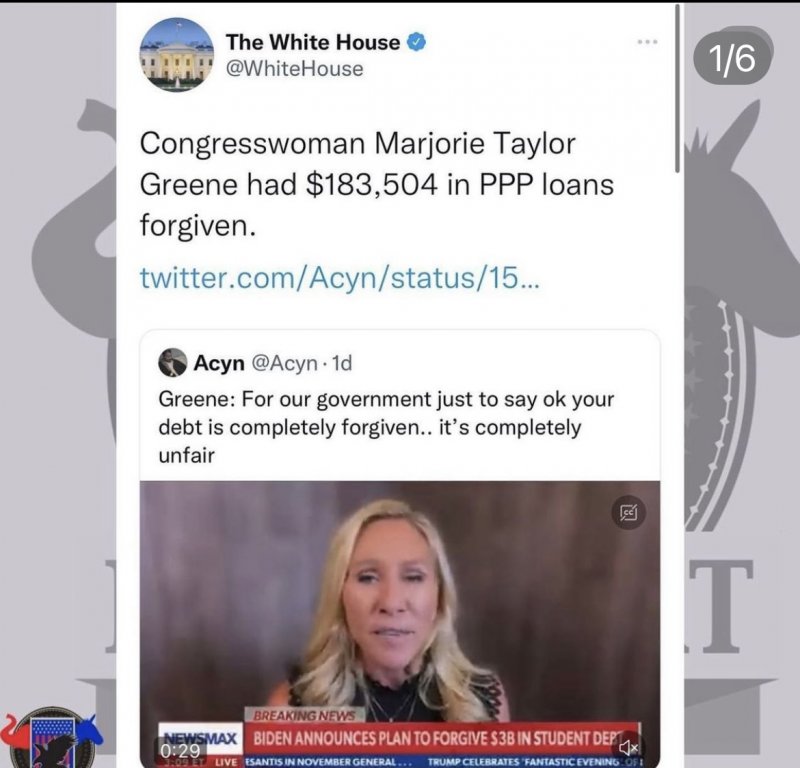 The education system is messed up. How is a kid with 60-100k debt making 35k a year and trying to pay for housing and everything else really going to make it? The problem started with schools raising tuition. If tuition was reasonable we wouldn’t need loan forgiveness. When I finished school, I had loans that I paid back, but it was reasonable at 10k. The cost of a 4 year degree with room and board should be 20k. These kids have loans 5x that amount and won’t be making the wages to actually afford to pay that back for another 15 or so years. While I don’t agree on loan forgiveness, I also don’t know what can be done to help these kids out either. They should pay them back, but if tuition is going to cost as much, then defer payments for 15 years and let them make some money first.

As long as I get a $10,000 tax credit, I’m fine with it. Unfortunately the cost for my kids to go to college also just went up $10,000.
I actually would be ok with full loan forgiveness if they completely stopped student loans going forward that would bring the costs back down for everyone. 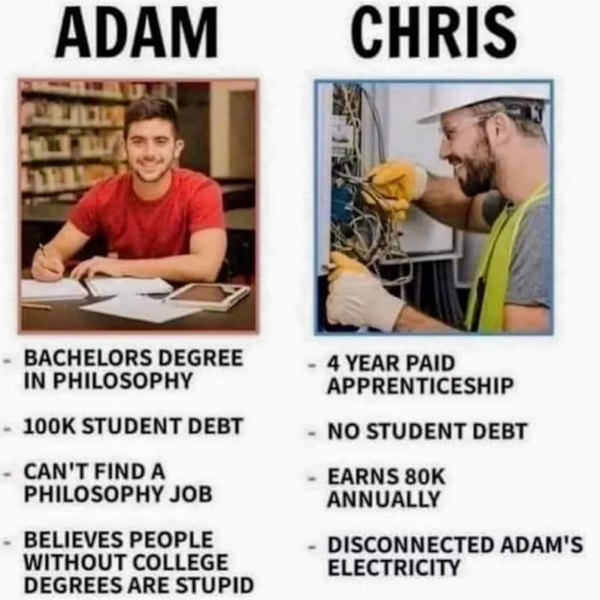 It's a joke. Nothings free. The tax payers should not have to flip the bill. I don't understand this new generation. They don't want to work. Want everything handed to them.
Who is viewing this thread?