Hello everyone I wanted to ask you guys about Alinshop, is that site legit for gear? Has anyone ordered gear from there before? The alinshop reviews I have read are mixed depending on what site you go to and the spectrum of positive to negative is large. PM says alin is great and all of his gear is legit however other sites say it is a scam or in some cases selective scammer and do not use there service or products. 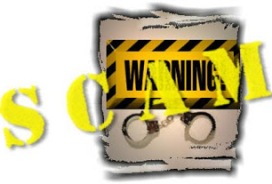 Seems the source has been around for over ten years and carry many different brands of steroids nonetheless the same mixed reviews have been happening for that entire time so I don't know what to believe. I certainly don't want to go to eroids and alinshop has gear made by real pharmaceutical companies. I'm not keen on the homemade gear floating around everywhere due ease of acquiring Chinese powders.

I also was told Alin has a forum where he takes questions however when I finally found the forum via a google search it was clear to me the atmosphere was very clear that this was only a place to promote sales and talk positive of alin shop products.

Please let me know any response positive or negative is highly appreciated. Thank you all.
Last edited by a moderator: Jul 11, 2016

They are selective scammers. A quick google search can tell you that. Use them if you want, you'll probably get the first order unless its expensive, then who knows.

While this is not a source board or a source check forum, we feel compelled to not let you lose your money. Do a search, they have been selectively scamming for years.

I concur with the above statements, only a moron would use them
B

Lizard King said:
While this is not a source board or a source check forum, we feel compelled to not let you lose your money. Do a search, they have been selectively scamming for years.
Click to expand...

I was thinking the same thing. Too funny to delete!

Since it's cool and the thread is staying up, I'll give some personal experience.

Back around 06, I gave them a try, back then I didn't know at that time that you could google scammers.

They sent it out in three packs (supposedly). I received one of the packs, good. The second pack showed over a month later, that one was wrong. They responded by saying I got lucky because they sent me something that was more expensive and I should place another order

I needed the Test for the cycle base and they knew it. Usually, you can only burn me once

Never received the third pack and said **** it. Not worth the trouble. Just ordered from one of those high$$$ euro net pharmas. From what I understand, I was lucky to get that pack.


what an asswipe. can't believe ashop is even still around.

For Real! one of the first guys i ever used back in the day.
A

But, they're pharmacy of the year on professional muscle!!!

wonder how much gear ashop sends them.

google..alinshop or ashop ...type ...scammer... nuff said
Who is viewing this thread?