SHE’S a decade older than the average retirement age, but 74-year-old Ernestine Shepherd has a body and level of fitness that would put the average 30-year-old woman to shame.

Ernestine, from Baltimore, Maryland, can bench-press 150 pounds and each day runs 10 miles. She’s also earned a place in theGuinness Book of World Records as the oldest professional female bodybuilder.

“You do not have to take a lot of supplements, you can do it naturally like me and still look good.”

Ernestine says that she is on a mission to both help and motivate people on the importance of being fit and eating healthily.

Inspired by her sister, she said: “My sister and I were invited to a picnic and told that we could wear a bathing suit. When we put the bathing suits on we didn’t look so nice. She began laughing at me, and me at her.

“That was a turning point for the both of us and we began working out”.

Sadly for Ernestine, her late older sister, who died after suffering a brain aneurysm, was unable to witness her accomplish the dream she so wanted her to fulfil.

But she would certainly be proud of Ernestine’s success and perseverance, which has led to her receiving medals and being on TV.

"We kept working and we looked fabulous, but she kept constantly telling me that she was having headaches and she felt like she had water running in her ears.

“They put her on life support, which was a shock to all of us, because the day before she was with me at the gym. Without her encouragement this would never have been made possible.

“Before she died, she had said to me that I would be in the Guinness Book of World Records, and that I should become a bodybuilder.

“Since praying to God, he has kept me focused and helped me to keep my sister’s dream alive,” she told The Voice.

Ernestine is a personal trainer and fitness instructor, and also holds weekly classes at her various churches.

Offering advice to older men and women, she said: “I have a group of senior members in my class, and I start off by telling them that age is nothing but a number. I’m not asking them to be bodybuilders, but to be healthy and happy.

“One must be determined, disciplined and dedicated to be fit.”

The bodybuilding sensation, who is also a model, wants more than just a sexy physique and six-pack abs. She said: “My ministry which God has given me is to help, inspire and motivate people on the importance of being healthy and fit. I go to various churches and I speak, and each time I’m well received.”

The mother of one says that her son and other members of her family have also been inspired by her fitness. “My husband does a lot of walking, and even my grandchild and nieces and nephews are inspired. It’s amazing. My son looks a lot younger than 56. They all look good,” she told The Voice.

Ernestine sticks to a strict high-protein diet; she drinks three to four cups of liquid egg whites, which helps her to burn fat while sleeping.

She said: “We all need protein, which consists of chicken, roasted or baked, nothing fried. Tuna fish, roasted turkey and carbohydrates, such as frozen vegetables with nothing in them, and drink plenty of water.”

She added: “I wouldn’t dare crack an egg and drink it because I don’t know what it’s been tested for. I order mine from a special source.

“I’ve been drinking it for years and I’m now accustomed to the taste. You can’t acquire a taste for it right away, but I have, and it’s already been tested for salmonella.”

Offering advice to readers, she said: “Decide to be healthy, think about how you would want to feel and look. After you get that in your mind, go for it. You will start feeling better and better. Keep at it; don’t give up at the first hurdle.”

She added: “My aspiration is to make it to ‘The Oprah Winfrey Show’. That would be so amazing. Lastly, a strong woman is ageless and everywhere. She’s not defined by her shape or size, but rather by her personal strength. She demonstrates emotional and spiritual endurance, bringing peace and balance to those around her.”

She is frickin amazing, plus her skin still has some good elasticity!!

I could only wish to be as healthy as her at her age. She looks amazing!

what a great story! thanks for sharing it! never give up! 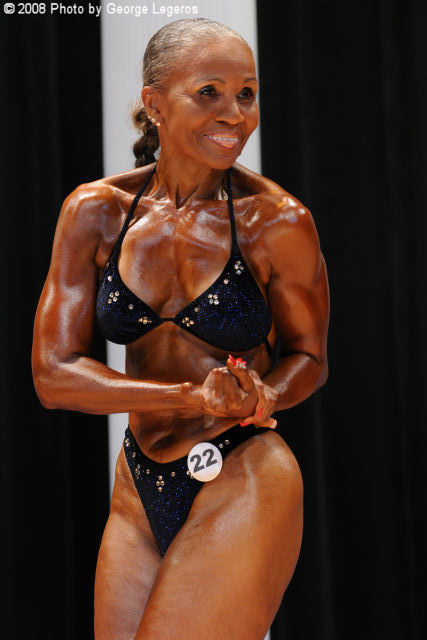 just goes to show you working out treating your body good will pay off
Who is viewing this thread?